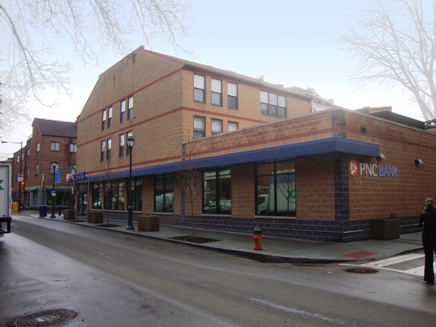 PNC Bank at 10th & South Streets in Philadelphia is officially open for business after construction completed in January of this year. PNC called on the expertise of Charles Matsinger Associates to provide a fit out of an existing ground floor space and a one story addition to create the new bank branch.

The masonry materials from the existing building were extended into the addition and the two parts were unified under a new blue canopy.  The branch was designed to incorporate three interior automatic teller machines with millwork surrounds. This branch will achieve LEED Commercial Interior certification.